Words I never thought I’d be writing after just one year of operations here at b.bold. But there it is, as of Monday February 1st, there are two of us in this company. Ladies and Gentlemen: Meet Seth Piper. He will be strengthening b.bold with his knowledge in fundraising, strategy, leadership and growth.

I’m very excited and proud to have Seth join me as a fundraising consultant. His background is different from mine, and our philosophies and passion for the non profit sector are alike, and as such we make a great team.

From his name, I’m sure you can deduce that he is slightly less Norwegian of origin than I am. Originally an Englishman, he has however made Norway his new homeland, and speaks the language with more eloquence than me. Seth just came from four years as head of fundraising for Greenpeace Norway, where he basically build the organization from the ground up, increasing donations by some ridiculous percentage in the thousands. He is an initiator, who either builds something himself, or – if he takes a project over – reinvents and revitalises it.

In addition to Greenpeace, he’s worked at Médecins Sans Frontières Norway, where he picked up a flailing face-to-face project and gave it a sustained doubling in donors and income. He’s also worked at Amnesty here in Norway, plus set up a fundraising office for Amnesty in Mexico. Oh, and according to his LinkedIn profile, he has at some point met Bill Clinton. Nice!

Needless to say, he’s a great addition to the Team (which was previously just a Tim (just I, geddit 😉 ) ), and I am happy that b.bold will now be able to give a wider range of assistance to the fundraising sector in Norway and internationally. With his expertise, we’ll be able to deliver more strategic help, assistance in scaling and growth, just to mention a few.

So – watch this space, and help me make him feel welcome 🙂

(P.S: he says now that he’s in the business of helping run a business, he has to get a proper haircut. But I believe he’ll still be a radical hippie with a burning passion for especially diversity, inclusion, environmental issues, human rights issues and animal welfare.)

(P.S.2: he’s a very organized fella, so he’ll pester me to get that proper website up soon. And we will!) 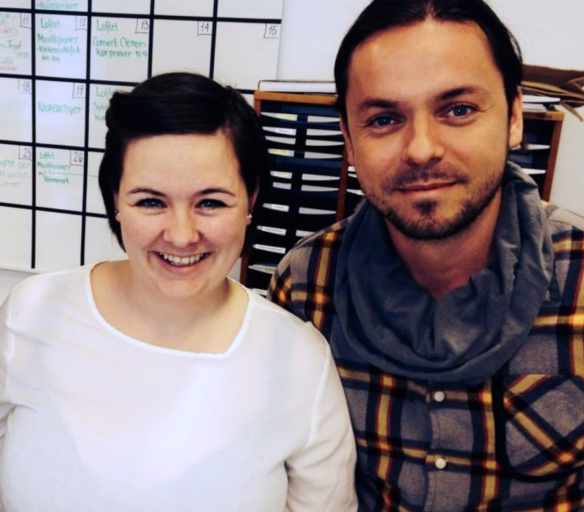